Mobile Game Influencer Marketing: A Step-By-Step Guide for Getting More Users in 2021

Did you know game publishers earn an average of $6.50 for every dollar they spend on mobile game influencer marketing?

Yep, some even earn up to $20 for every dollar spent.

If done right, collaborating with influencers to promote a mobile game can be incredibly successful. It’s no secret that this is a very lucrative marketing technique.

Not only does it boost user acquisition and ultimately your revenue, but it also aids your overall mobile game marketing strategy.

In this article, I’m going to show you a simple, step-by-step process you can follow to win at mobile game influencer marketing. You’ll learn how to define your target audience, choose an influencer, define your budget, and more.

I have also included a list of what not to do when it comes to mobile game influencer marketing.

Want to create a successful influencer marketing campaign that will put your game on the map? Follow these 5 simple steps.

1. Define Your Goals and Target Audience

As with any marketing campaign, well-defined goals are crucial. You also need to know exactly who you’re targeting. Otherwise, you’re shooting in the dark.

These questions will help you determine your goals and identify your target audience. 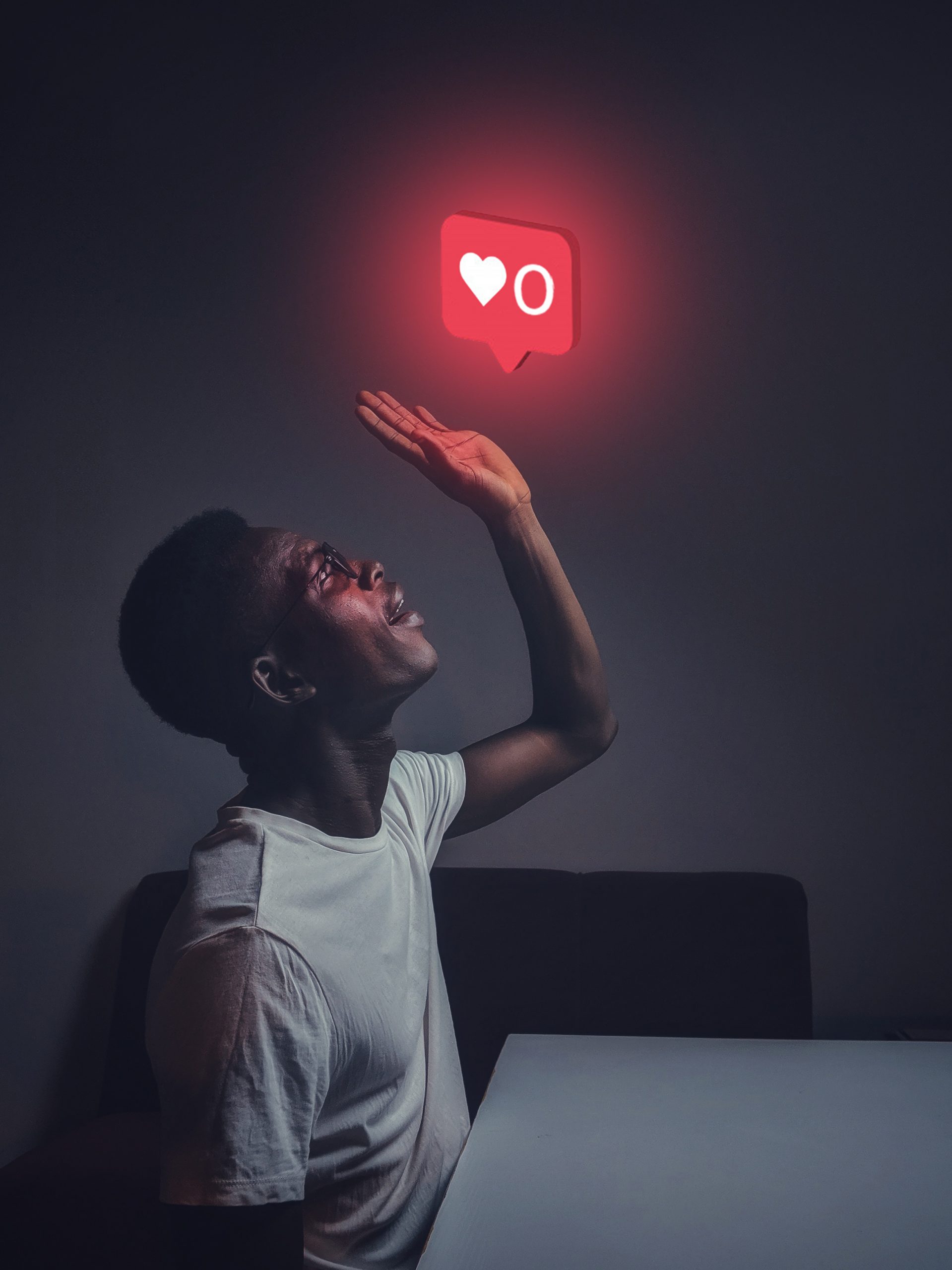 This is the hard part – choosing the right influencer to promote your mobile game. It’s not simple to navigate the sea of influencers and those who want to be one.

In fact, 61% of marketers find it hard to find a relevant influencer, according to Mediakix.

Here are a couple of tips that will help you.

First of all, since you’re trying to market a mobile game, you should look for influencers in the gaming niche. Chances are, they’re experienced gamers who know what they’re talking about. Plus, you probably share a similar target audience, which is also important.

Where to Find Gaming Influencers?

Well, there are a couple of different routes you can take.

There are influencer agencies that can help you find gaming influencers that fit your requirements. However, you can also search manually and contact influencers directly, which also works.

Your best bet is to focus on platforms like YouTube, Twitch, and Mobcrush when searching for gaming influencers. According to research by Google, 70% of teenage YouTube users report YouTube stars are more relatable than traditional celebrities.

You might also want to look on Twitter, Instagram, or TikTok, depending on your target audience. (According to State of Influencer Marketing survey, 79% of marketers consider Instagram to be the best channel for finding influencers).

Also, many influencers post content related to a specific gaming niche. For example, some influencers play only strategy games on their channel so a puzzle game will not fit in.

If you want to check out some examples of gaming influencers, go to the list below. Keep in mind, these are mostly macro-influencers. 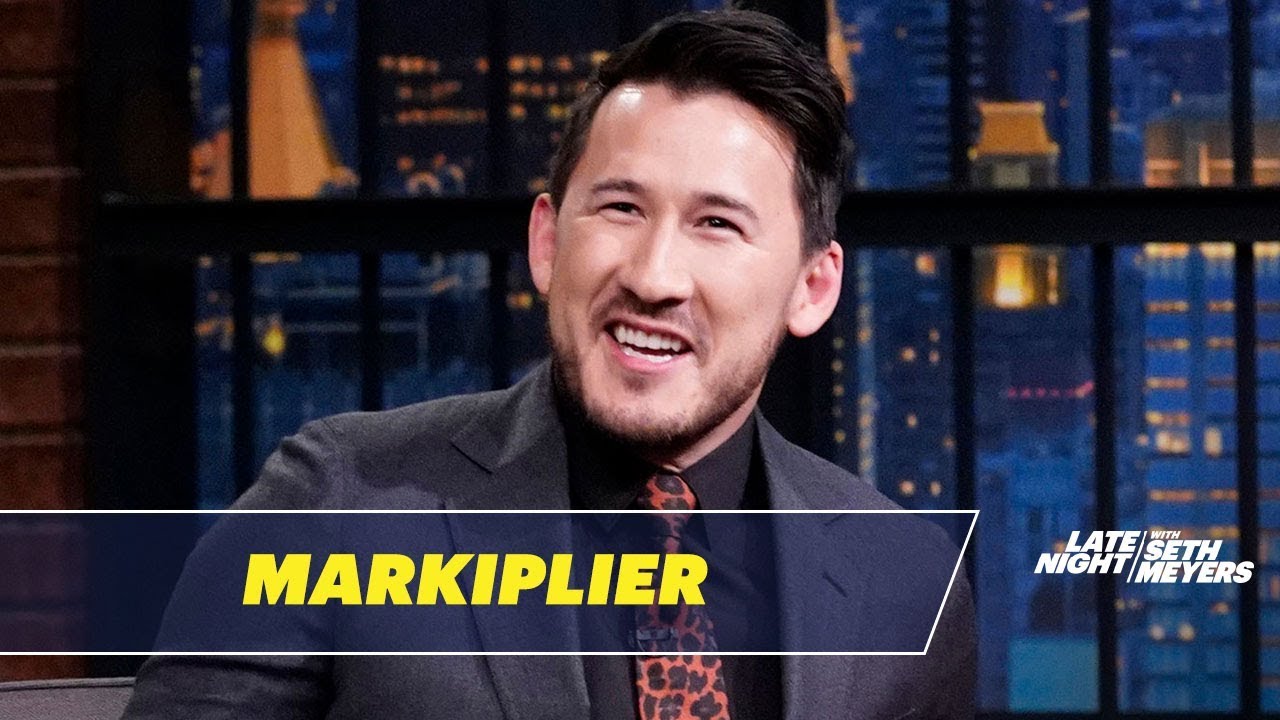 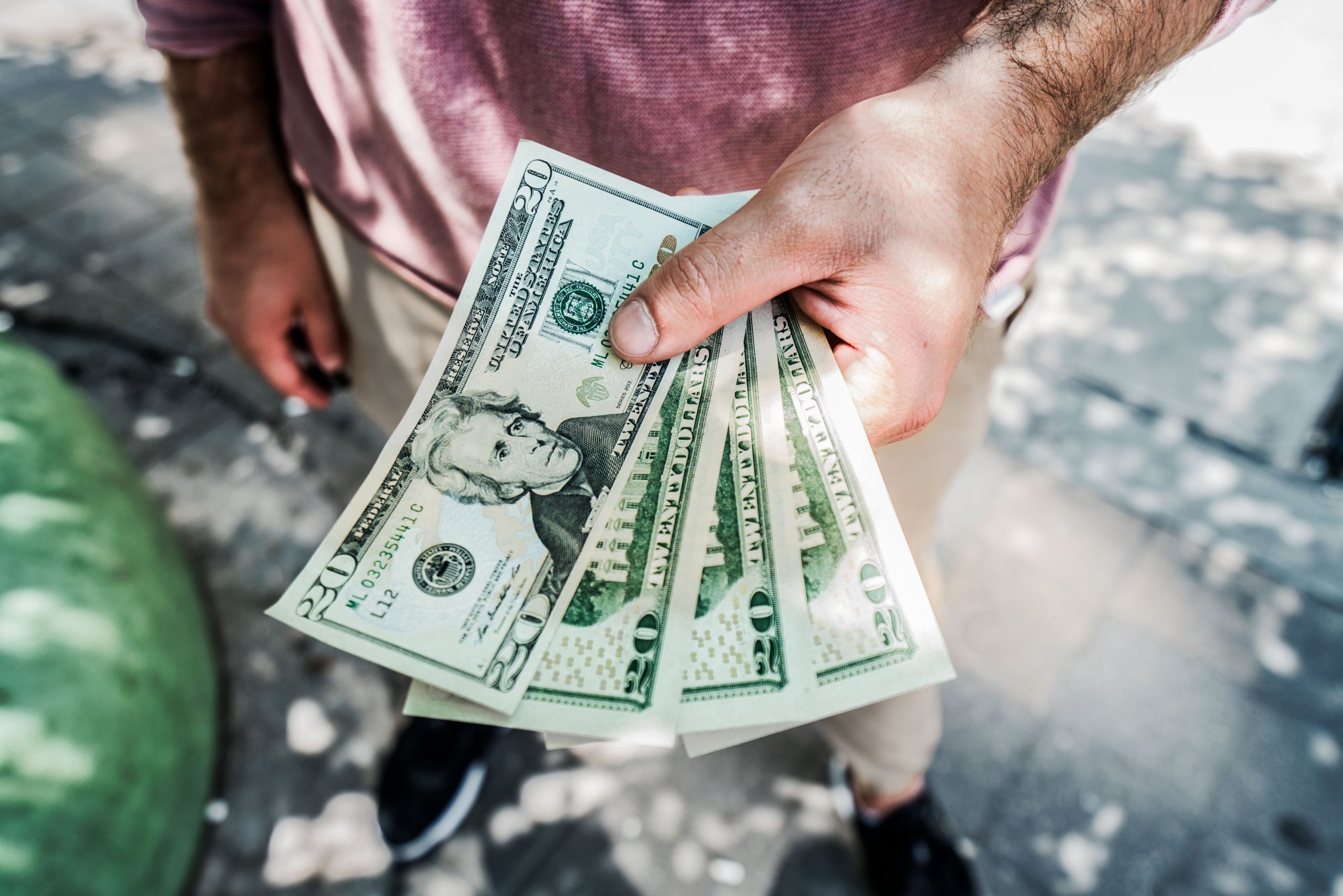 3. Define Your Budget and Setup a Payment System

In order for both you and the influencer to be happy with the collaboration, you need to define a budget beforehand. It will help you avoid issues or misunderstandings later on.

To give you an idea of how much it could cost, 90% of influencers charge $250 or less for a paid post. 53% of micro-influencers have never posted a paid post and are likely to promote brands for free. This is a great opportunity for indie developers and small game studios who don’t have big marketing budgets.

Simply contact micro-influencers and propose a collaboration – to get free promotion, all you need to do is ask.

Also, you need to be clear about the payment model. Many influencers offer a fixed price, but that’s not the best option for mobile game publishers. A better way is to arrange to pay the influencer based on the results.

For example, you can offer a CPC, CPM, or even CPI payment model to the influencer. That way, you pay according to the achieved results, which is fairest. 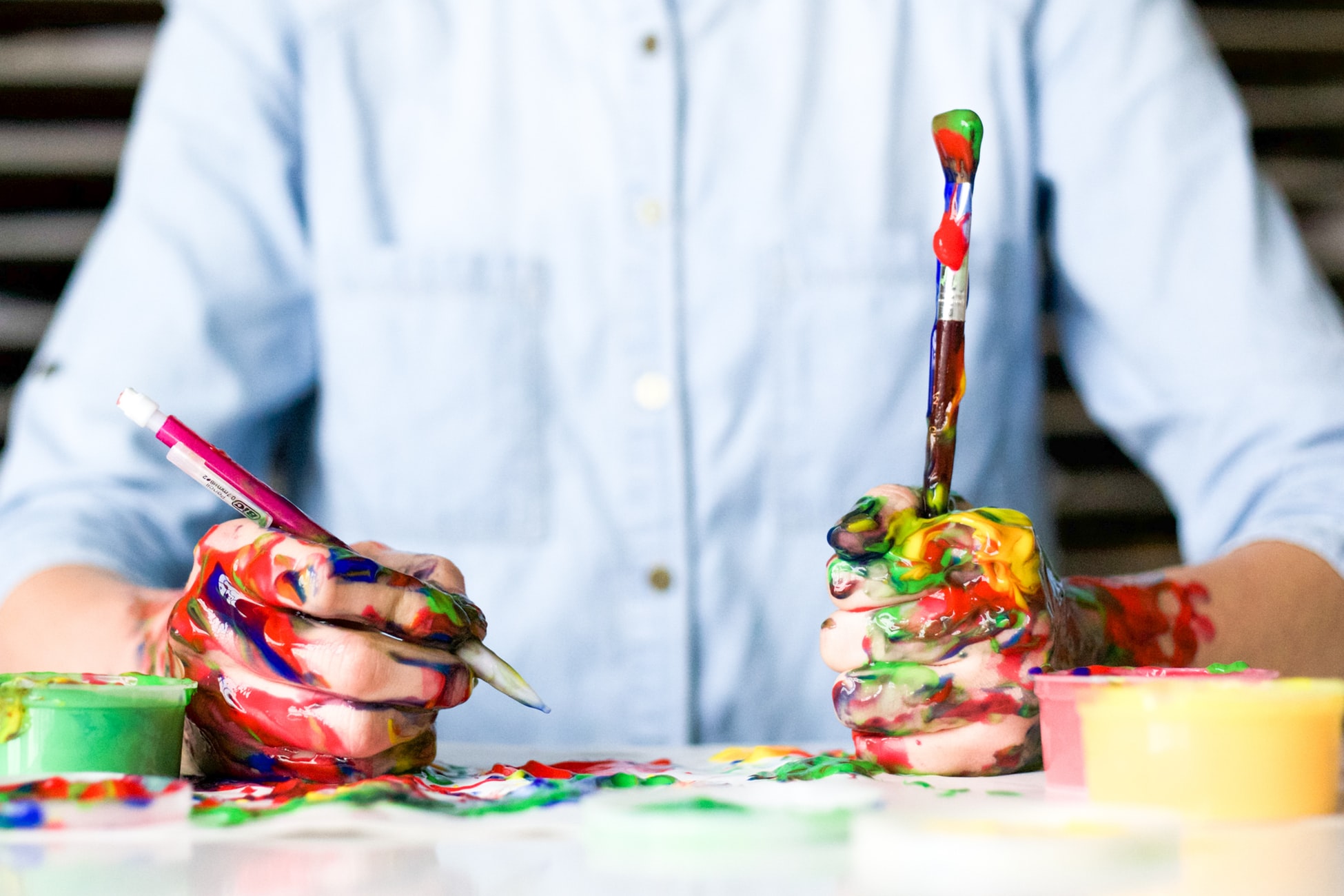 4. Give Influencers Some Creative Freedom

Here’s where many game publishers go wrong when collaborating with influencers – they try to control every single aspect of it.

Of course, you should set up clear goals and expectations as well as give the influencer some guidance. However, you should not dictate everything from the copy to the creatives.

Here’s the thing, people want to see authenticity and credibility when influencers promote any product. Users know when brands are trying to control what the influencer is saying and how they’re representing them.

That’s why you need to avoid being a control freak. Let influencers use their storytelling abilities and creativity to showcase your game in the best way possible. They know their audience much better than you.

The results will be more authentic, and their followers will appreciate that. 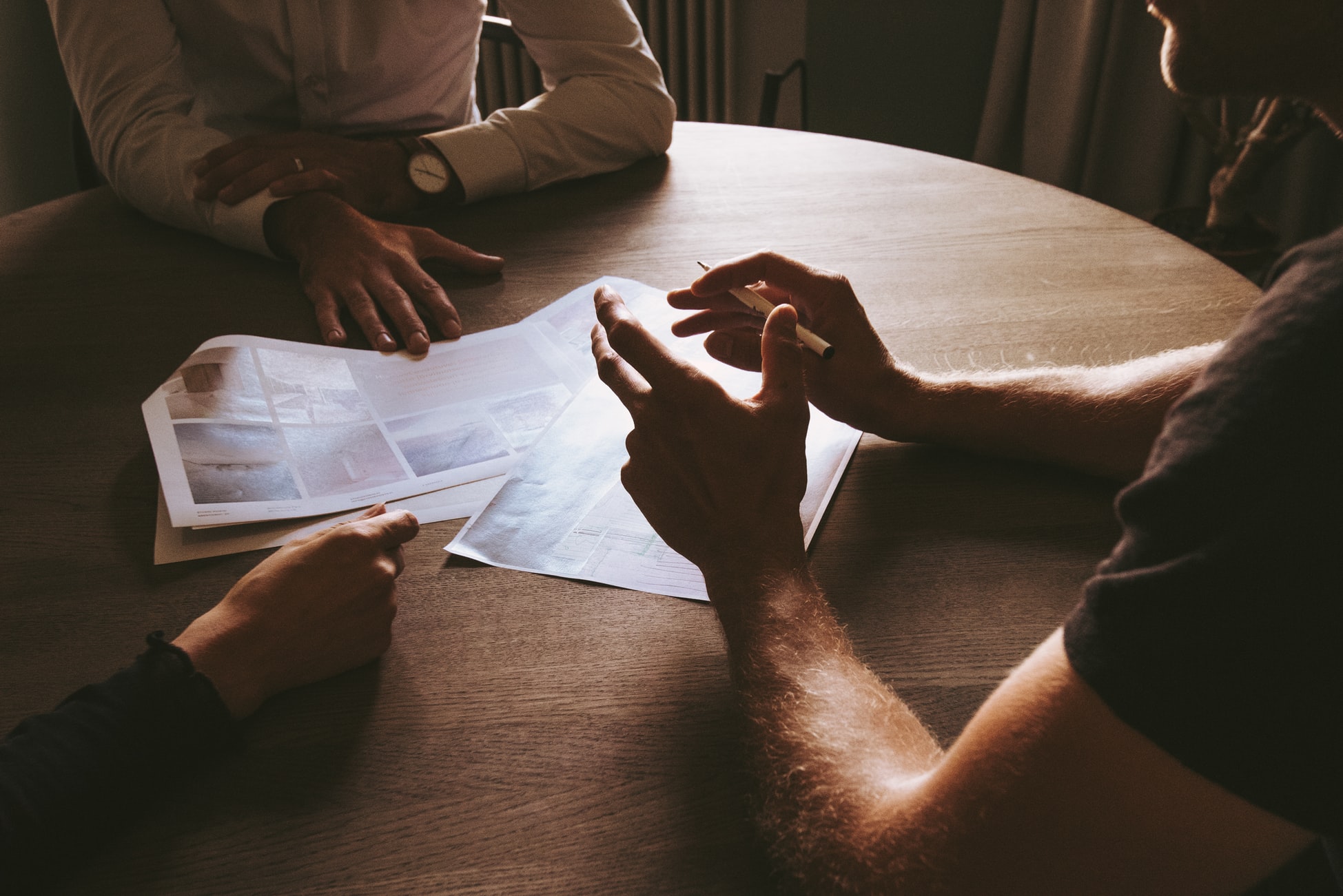 5. Track and Analyze the Results of Your Mobile Game Influencer Marketing Campaign

The final step is tracking and analyzing the results of your campaign. If you have set up your goals and KPIs correctly, it will be easy to measure what worked and what didn’t.

For example, analyze how many installs you got as a result of the campaign. Did you acquire engaged users or users who just downloaded your mobile game and never played it again? Did you see an increase in in-app purchases or ad revenue?

If you haven’t noticed any measurable results, chances are your mobile game influencer marketing campaign didn’t work. It’s time to identify where things went wrong and start all over again.

In case you got results you’re satisfied with you should consider spending more money on influencer marketing. Whether it’s collaborating with the same influencer or finding several new influencers.

When Brawl Stars first launched in 2018, no one could have predicted how popular the game would become. Before the launch, the game’s developer, Supercell, decided to create an innovative influencer campaign. They teamed up with 10 Youtube mobile influencers and gamers. All of them streamed videos of themselves playing the game.

The developers wanted to get people to register even before the game launches. The results were impressive: 5 million registrations after the first video was launched.

Why did it work so well?

Their strategy was not to focus on the world’s most popular influencers. They focused on their niche and included influencers that already played their other games. Some of the influencers that took part were MOLT, Orange Juice gaming, and Powerbang Gaming.

A completely different approach to mobile game influencer marketing comes from Vainglory 5v5. This multiplayer action game partnered with one of the most subscribed YouTubers – PewDiePie.

In this case, PewDiePie included his fans in the gameplay as well. He did this via Youtube’s Let’s Play video formats that records multiple users playing a game while enabling a voice-over commentary.

This partnership was also never explicitly stated in the video itself. In the video, he did not explain or talk about the game features. His approach was letting the fans decide if they like the game based on what they see. The only mention could be found in the description, where it said: “brought to you by Super Evil Megacorp”. Additionally, the description also included download links.

Up to date, this video got 2,2 million views.

Coin Master’s campaign is another example of a well-executed influencer partnership.

They tried a different strategy to influencer marketing by hiring celebrities who have nothing to do with gaming. Granted, the point was to show that anyone can and should play Coin Master. The target audience in this case were not the classical gamers – Coin Master aimed at anyone who had previously heard of any of their chosen celebrities.

Celebrities in question are Jennifer Lopez, Khloe Kardashian, Cardi B, Emily Ratajkowski, and many other big names from the music and movie industry. While, for example, the Kardashians is not the most loved name in the celebrity world, they are one of the most well-known families in the industry.

Coin Master came up with many different kinds of ad scripts for this campaign. The video ads showed celebrities talking about the struggles they face in the games, just like any regular player would.

Moreover, the ad copies were full of emojis, which can usually cause negative feelings in social media users, but it still worked out in their favor; it was noticeable. With this campaign, Coin Master really proved that the KISS principle always works – Keep it Simple, Silly. 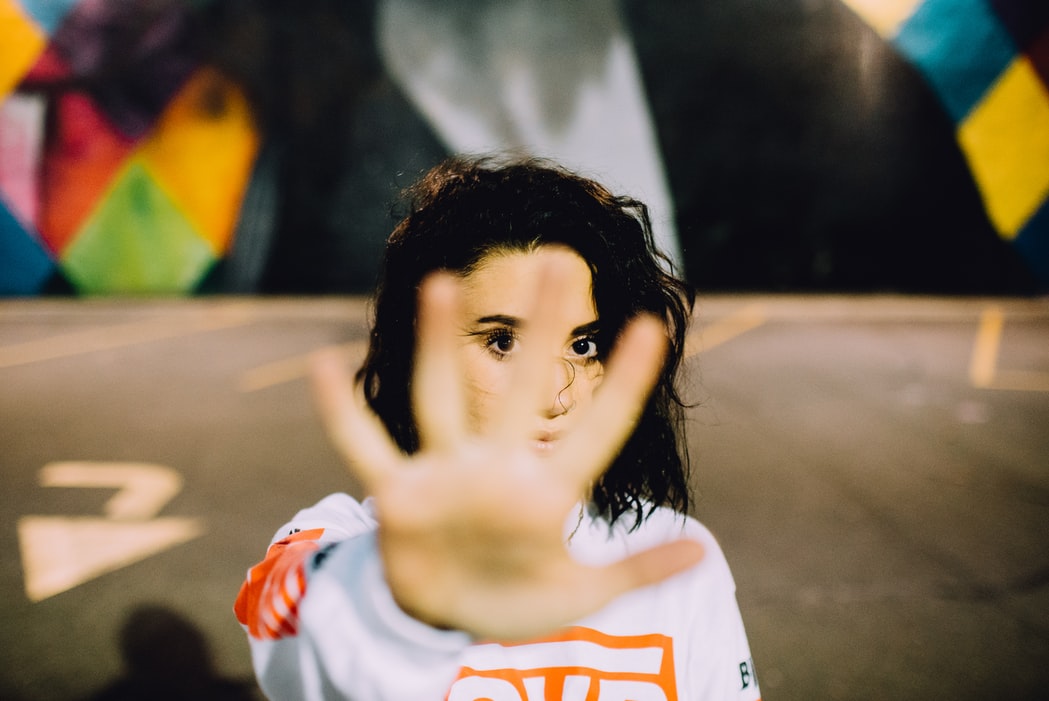 Mobile Game Influencer Marketing: What Not to Do

Now let’s talk about some things you should not do. Here are the don’ts of mobile game influencer marketing.

It’s easy to see why mobile game influencer marketing works. People want advice from their fellow gamers. Plus, they want to see a real person playing or commenting on the game before they install it.

That’s why it’s the best promotion your mobile game can get.

It’s no wonder that as much as 93 percent of marketers use influencer marketing. 90 percent of them consider it to be effective. Some of them see a return of $20 for one dollar spent, which is a huge ROI.

To achieve that, you need to choose the right influencer and establish a great collaborative relationship. It’s the only path to a successful mobile game influencer marketing campaign.

Now it’s time for your thoughts and comments!

Tell me what you think about using influencers to promote your mobile game? What do you think is the most challenging thing about it?

Also, don’t forget to subscribe to our newsletter to receive trends and news about mobile game marketing!

A complete guide to all the current mobile game marketing tips and tricks. Find out how you can get more users right now!

What is Mobile Marketing: The Ultimate Guide for Beginners

Mobile marketing aims to reach a specific audience on their mobile devices to deliver promotional messages. Read more about it in the article!

In this guide, you'll learn everything you need to know about how to advertise a casual game, including the most recent casual game statistics

A complete guide to all the current mobile game marketing tips and tricks. Find out how you can get more users right now!

What is Mobile Marketing: The Ultimate Guide for Beginners

Mobile marketing aims to reach a specific audience on their mobile devices to deliver promotional messages. Read more about it in the article!

In this guide, you'll learn everything you need to know about how to advertise a casual game, including the most recent casual game statistics